What are the properties of the rock crystal?

The rock crystal is one of the purest birthstones and crystals on Earth, as it represents the base of all crystals and spheres used in therapy.

Its lack of colour denotes this exact purity reflecting in the Aquarius natives’ attitude and helps them show a level of innocence rarely found among their peers.

This innocence has nothing to do with a lack of knowledge, but rather with the vision of Aquarius on the world and the way in which humans should behave with one another.

The rock crystal helps Aquarius natives better express their intentions of helping others and represent a supporting pillar in their lives.

Also, the tock crystal offers stability to these natives and determines them to channel their positive energies in a singular point, therefore giving them a benefic birds eye view on what they are working on.

It increases communication and creativity and helps Aquarius gain from their intellectual capacity and potential.

It requires periodical purification under warm water jets and exposure to moon rays.

What are the properties of blue topaz?

Topaz is, similarly to the rock crystal, a pure birthstone found in nature in glass like shades, pure and translucid.

The ulterior colours are obtained through chemical procedures, but the afferent colour vibrations have spiritual effects on the birthstone.

Thus, blue topaz is the talisman of the Aquarius natives because it gives them the capacity of doing something, of actually practicing every seemingly impossible dream in their possession.

While worn by a native, the topaz acts as a facilitator for easy decision taking, but everything is combined with the creative naturalness of the Aquarius natives. It is a strong intellectual stimulant for scientists, but also for those who work in communication and HR domains.

The topaz requires frequent cleanings under a stream of hot water and moon rays. 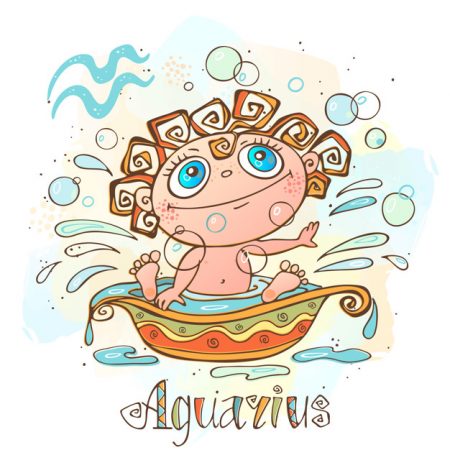 You always get what you want because you are daring enough to be vanguardist and unorthodox.

You are attracted by new ideas; once you get something stuck in your head, it is difficult for someone to change that. This fact surprises those around you who see you as a free-spirited person.

The Aquarius is an air masculine sign, dominated by Uranus.

The influences exerted by this planet on the sign, make their presence felt on the natives, especially due to the fact that they give them a sort of outer world presence, a world hardly accessible by humans.

Aquariuses are the revolutionary thinkers, who are permanently on the move and desire to see the world mirroring them.

Their dynamism and energy give them the appearance of supernatural cold beings. They aren’t moved by sentiments and passionate natures, instead they are attracted by intelligent conversations and the rationality of their interlocutor.

Their specific colours are the shades of blue and white, be it angel white or snow crystal white. Their birthstones are, in this case, the rock crystal and blue topaz.