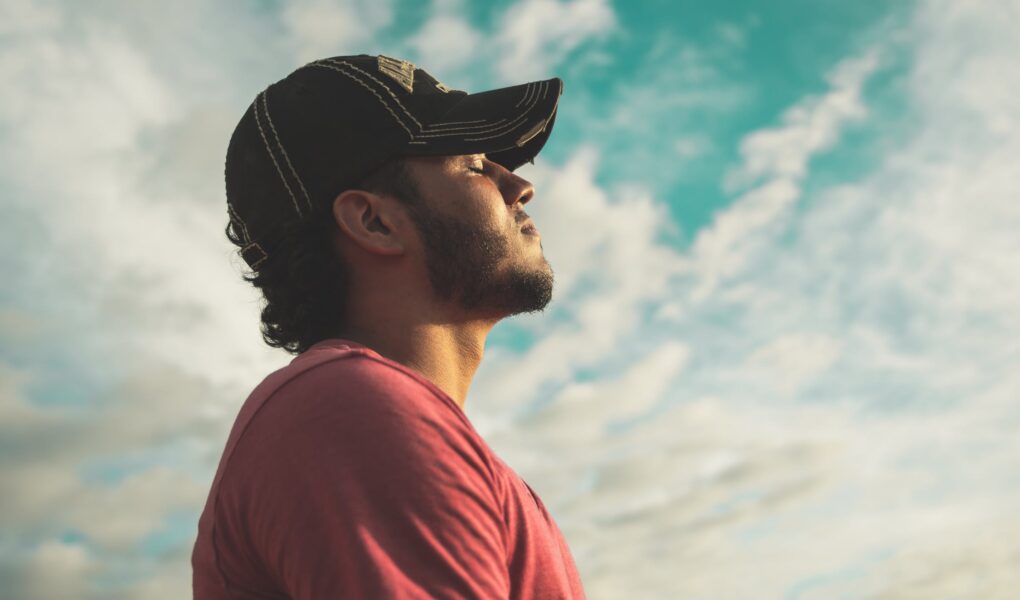 Alternative dispute resolution is also known as mediation, which is a managed conversation. When big companies start bustling with each other, they use it as a mandated step for resolving their disputes. So this is where the biggest advantage of this legal process is that everything will remain confidential between rivalry.

Therefore, all discussions held would not become evidence to be presented in the court or on any other forum, including the media channels if it failed to deliver a result. In sports, it is the best way to settle disputes at the club level, and usually, it applies in formal and informal discussions for resolving matters.

So, whether bodies collaborate at the state or national level or even at the club level, they have included clauses within their constitutions to deal with discipline matters through mediation. As a result, whenever a complaint is raised by an organization or someone against another, mediation is the first step towards knowing the differences between parties. In disregard, complaints may relate to anything, but these are described as breaching the rules in legal terms.

Before discussing the benefits of this legal process, we must not shy away from thinking about legal proceedings without mediation. For example, whenever a discipline matter is raised that relates to breaching the rules, the constitution and policies of organizations decide the level of penalty upon the accused party. In this case, maximum penalties would vary from warnings to fines, but one party can even be expelled from their statuses in severe cases. And this will happen especially when tribunals conduct similar hearings following the nature of justice. But such severe matters would be easily avoided through mediation.

What happens before the mediation starts?

Wherever you go to register a complaint against another party, there will be a person responsible for listening to such complaints. First, this person talks to the other party to know their view. Here, this person can try to settle the dispute himself. During the discussion, if he thinks the matter is severe enough, he informs the management. At this stage, the administration tries to resolve the issue. However, the discussion creates disputes, and arguments often flare up to situations where negotiation becomes the next step for settling matters.

According to sportsmediationservice.org.nz, making these discussions is not so easy.

Temper and temperature rise when management hears about the issue from both sides.

However, taking sides becomes difficult when gossip leads to misleading statements. We cannot forget that when a person has spent enough time in a club, he gets many colleagues and fellows on his side by changing words. Add this must not be surprising that management also takes their interests into the equation to protect their stakes. While risking their reputation is not easy, they usually prefer to stay away from deciding who is wrong and who is right.

Dispute resolution is important for managers, but they cannot involve their board in becoming the judge themselves. Even the committees appointed for dispute resolutions within sport organizations will understand the complainant and respondent very well. So even they may be in conflict with each other, and remaining impartial becomes very difficult.

In rare cases, they may involve the senior management, such as the president or chairman of the board, to mediate the discussion. But these kinds of things are scarce because these things happen only when the interest of the whole organization is at stake, and nobody will want to see the matter being heard by a third party for further investigations.

This is the stage when mediation should commence

So, mediators’ role is to employ an argument for dispute resolution at the earliest stages.

Its objective is to keep things within reach or divorce control. Otherwise, mediation aims to avoid irreparable damages to the fabrics called friendships between club members. This simply means that neither the club nor management will be involved in the discussions.

And the complainant and respondent will both present their positions to a person responsible for structuring conversation so they all understand their differences. At this stage, if reaching a mutually agreed solution comes into his sight, the mediator will propose a win-win situation for both.

But neither party is bound to accept the resolution proposed by the mediator. This resolution applies only when both sections agree to its terms. But since the mediator is entirely independent of the parties, both the sports club and complainant can trust his opinion.

Mediation Is Neither Good nor Bad

Mediation is a process where you can agree and live with it. You may not get what you want, but you are always in control of the outcome. In comparison, when we see arbitration, the power of making decisions transfers to the judge or arbitrator, and he can give the decision in your favor or against your interest. He gets the power to impose the outcome, and you get no other choice than to accept his decision.

This process is going to be expensive, and that your losing control of the dispute resolution process to create grievances on both sides due to irreparable damages of the relationships.

Also, it is much quicker, and parties can set timing for mediation as per their schedules.

And, it is so quick that matters resolve within days or weeks that would otherwise take months or years. You get involved in constructive ways to resolve the matter, which strengthens the relationships even if disputes cannot be solved in the first sitting.

You cannot underestimate the importance of a mediator’s knowledge

The mediators are attorneys with experience in dispute resolution, and they are supposed to be independent and impartial of both side’s standpoints. Generally, the mediator’s expertise will create a perfect outcome through mediation discussions between the complainant and respondent parties. In addition, he can guide discussions to reach a mutually agreeable solution if he has faced similar situations before.

Because it is the job of the club and sports committees to appoint mediators at the start, they can decide whether to pay his fees from their pocket or otherwise. When both parties appoint their mediators, it is the job of each party to pay fees to their mediator. And in rare cases, when these mediators appoint a third mediator to mediate their discussions, each party bears half the fee of the third mediator.

Reaching an agreeable ground is always the goal of mediation. To reach this ground, both parties will speak to the mediator jointly and individually, and as a result, they will get the opportunity to see if they can reach a common ground. A mediator will control the conversation to ensure that no party speaks over the other party. So, the mediator remains courteous at all times, listening to both views in freely held joint and private sessions. Both parties can use these sessions as an opportunity to bring their thoughts to the table and contribute to resolving the matter.

• The mediator welcomes the parties and tells them those proceedings will remain confidential and not be presentable in a court or anywhere else.

• Both parties can start explaining their views regarding the complaint, but generally, the complainant starts the communications.

• Once the complainant has made his points, the respondent will get the opportunity to say about the complaint.

• At this level, the mediator sums up both parties’ points to start identifying common themes to find mutually agreeable topics. Then, he may come up with his points to initiate the next mediation session. His attributes will involve everything from feedback to communication to expectation to payments to trust to respect to the money, perceptions to working relationships, and everything related to the dispute.

• Both parties proceed to say their thoughts about the mediator’s identified points. And this happens in a joint session where they listen to each other.

• After both have made their points, the mediator spends time one-on-one with both parties.

• During these private sessions, they get the opportunity to share their points regarding what brought them into dispute with the other party. So, they can add anything that they might not have said previously, and this is when the options for dispute settlements start getting visible.

• In the next step, both parties conduct a joint session with the mediator. It is a joint session where they explore options of settlement. You can now discuss their various opportunities and check the multiple consequences of those options implementations.

• After an agreement gets finalized between complainant and respondent, the mediator sums it up in a written document to get it signed by both parties.

• The mediator reminds you that only agreement will go out and proceedings will remain confidential.

Duration of the sessions can differ concerning the nature of matter. So, it may take from a few hours to an entire day to settle the case, while sometimes it takes even longer than a few days. It is the job of the mediator to avoid rushing towards reaching settlements, and he is bound to ensure that both parties understand the consequences of the agreement before signing it. Of course, everything depends upon the nature of the dispute, but it is clear that the outcome becomes acceptable only when the complainant and respondent agree to its terms.

If No Agreements Reached

When parties cannot agree on a solution, the mediation becomes useless. At this stage, the complainant decides whether to raise his matter further or not. So, it is upon the complainant to decide whether to raise the issue further. He may think about taking it to a club, court, or his association. Severe disagreements often require the complaints to be investigated by independent investigators. Generally, investigations happen under court orders because they explore to conclude on issues neutrally. However, these investigations are not in control of any party, and the privacy and secrecy of critical information about organizations may get compromised.

Due to having a thorough discussion with parties, mediators can understand why reaching the joint settlement could not become a reality. Moreover, he can predict the consequences if the same matter gets heard by a third party, such as a court. So, the complainant should seek the mediator for his opinion because neither the complainant nor the respondent will control the decision after court proceedings start.

The biggest advantage of going for mediating is that you will use a quick process where you control the decision. You would not wait for the people in court, such as judges and arbitrators, to be available.

However, this should be noted that it is about compromising to avoid more significant damages. Rarely has it been seen that both the complainant and respondent could get what they were hoping for or expecting from mediation. 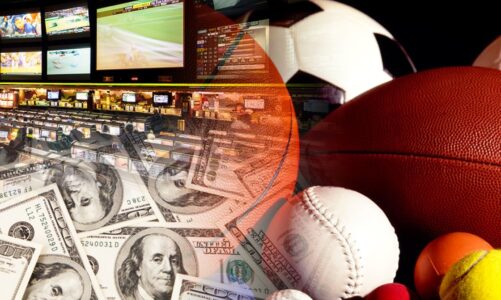