Some women don’t want to discuss their menstrual cycle and sex in the same sentence, but according to “Self,”  intercourse can help regulate “that time of the month.”

Exposure to male pheromones might help keep the cycle on track and keep estrogen high.

Here’s something to ponder: “A survey of 2,012 women revealed that those who have frequent orgasms during menstruation are more than twice as likely NOT to have a buildup of endometrial tissue outside the uterus…the contraction of orgasm helps expel tissue from the uterus during your period, minimizing the chance that the tissue will back up into the pelvis.”

Okay, I know not all women enjoy having sex during their monthly cycle, but it CAN help some feel better.

If you don’t mind a slight mess, throw down a towel and get to it.

If it makes you happy

“Self” reported a study from the  State University of New York at Albany that concluded  “vaginal exposure to semen might help prevent depression.” Add in a little tender touching and g-spot stimulation, and you’ll be on cloud nine.

Refer to our “Just Do It” article.

What are the most common excuses not to have sex? “I’m too tired,” “I’m too busy,” and the notorious “I’ve got a headache.” Thanks to a survey at Southern Illinois University of Medicine, you can officially no longer use the headache excuse. Doctors concluded that almost half the women who complained of a headache felt relief after sex.

Wonder why some people get colds more often?

They’re having less sex! According to “Self,” “People who have sex one or twice a week have more immunoglobulin A, the body’s first defense against colds, compared with the less lucky.”

The Allure of a Massage

According to “The Big O”, “Massage has been shown to trigger the release of oxytocin in the brain. The hormone produces feelings of sedation and relaxation, lowers blood pressure, and creates a metabolic environment that encourages the storage of nutrients and stimulates growth.”

In other words, massages can be extremely helpful in reducing stress, almost like the day’s events are literally being expelled with each rub, touch, and maneuver.

Massages can be part of foreplay, a way to relax after a hard  day, an enhancement to sexual pleasure, or all of the above.

After a long, tedious day of monotonous meetings and boring  small talk, what could be better than your lover massaging  aromatherapy oils into your tired muscles, teasing you with  his/her body lingering seductively over yours?

That’s right, bring luxurious body oils into the mix, light candles, and awaken your body by building broader and more intense sensations during orgasms. MANY people maintain that the hotter and more worked up you become during foreplay, the more intense the orgasm will be.

That’s because of our old friend anticipation. As your body temperature rises  (among other things – sorry, couldn’t resist) and you become lubricated or erect, the level of anticipation is quite  high

. I’ve received several letters from women indicating they can achieve orgasm without genital stimulation, and  this is partly why.

Foreplay and anticipation enrich the entire experience. And “The Swirl” can help with the entire process.

THE SWIRL – We will discuss >”The Sensual Massage” on  Wednesday, but “The Swirl” will be part of your homework tonight. Are you up for it? Rub your partner with your finger- tips, either beginning at your love’s head or feet. Use wavy, undulating strokes.

The slow, unpredictable movements should start to create a tingle in your lover’s body before you  even reach the genital area. Though you will eventually end up stroking his/her genitals, that area will already be primed and begging for your touch.

And with good reason. When you touch someone in a straight- line, predictable motion, the nerves know what area will be touched next.* Thus, the level of anticipation decreases significantly.

If you use wavy or circular strokes, your body does not know what to expect. Therefore, your genitals are tingling in anticipation, hoping to be caressed next. When was the last time you actually looked forward to doing homework?

So, what’s on your agenda tonight? Like I don’t know! Let me know how “The Swirl” works out for you and send me your feedback about how levels of anticipation play a part in your lovemaking.

Stay tuned for Wednesday – you absolutely don’t want to miss the Sensual Massage. Now disconnect the Internet and go do your homework! In the meantime, keep  your mind open and your heart full 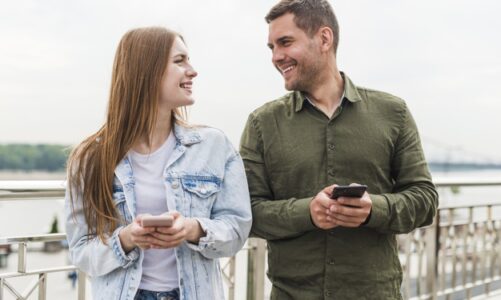 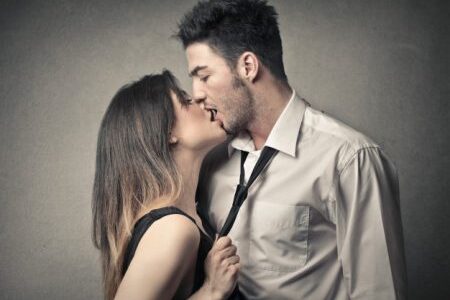